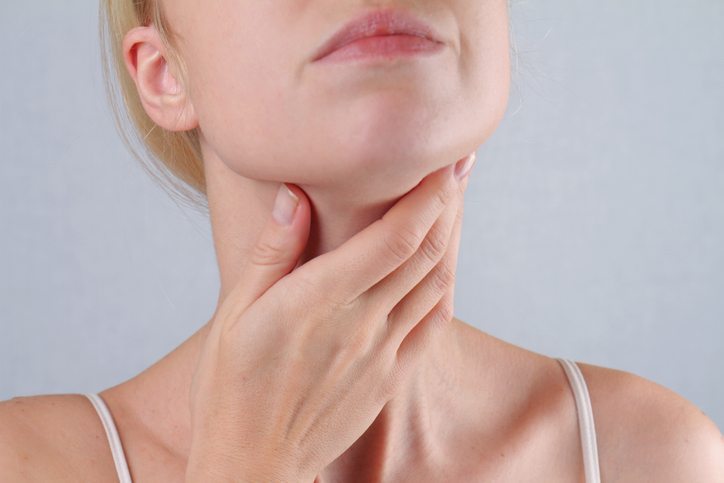 While thyroid cancer doesn’t crack the top ten deadliest cancers, over 60,000 Americans will receive a first time diagnosis for the disease in 2016, resulting in over 1,800 deaths, according to the American Cancer Society.  While tragic, these numbers place thyroid cancer well behind other forms of the disease – such as lung and breast cancer that combine to affect over 1 million Americans annually – that receive more attention in the media and among health experts. As a periodontist in West Linn, Dr. Dugger wants to caution patients about the risks of cancers – such as oral cancer – that have a high mortality rate due to a lack of general awareness. However, according to a new study, the way people view the risk of thyroid cancer may quickly change.

The number of thyroid cancer cases has nearly tripled in the U.S. over the last 30 years and continues to rise, reports researchers from the Penn State Hershey Cancer Institute. Disturbingly, researchers say that better tools for detecting the disease doesn’t explain this dramatic increase, as an examination of patient records of over 200 individuals was unable to find any evidence suggesting advances in screening attributed to this increase in reported cases.

While many health experts had attributed the increase in thyroid cancer diagnoses to the availability of improved diagnostic technologies such as state-of-the-art imaging, a growing segment of oncologists disagree, and now believe the rates of the disease are on the rise.

The results of the study were published online in the JAMA Otolaryngology Head & Neck Surgery.

In most cases, thyroid cancers become uncovered incidentally when a patient undergoes diagnostic testing for some other reason, such as neck pain, head trauma or to detect clogged arteries in the neck.

To determine whether the rise of thyroid cancer diagnoses was due to improved testing methods or an actual increase of the disease, researchers at the Hershey Center compared cases where thyroid cancer was incidentally discovered to those where a patient had undergone testing specifically for the disease to determine whether the two groups showed varying characteristics.

Researchers discovered that patients who received their diagnosis due to incidental testing were typically older, male,and suffered from advanced forms of the disease, which makes sense as cancers found through incidental testing generally have more time to progress. These findings suggest to researchers that improved detection may not be the sole cause for the rise in thyroid cancer cases.

The results of this study further point to what oncologists have been seeing firsthand and what the numbers have been reporting – thyroid cancer is on the rise.

As part of their study, researchers at the Hershey Center compared the pathologic and clinical characteristics of 31 patients whose cancer was uncovered after undergoing diagnostic testing for an unrelated reason with 207 patients who underwent scans specifically to detect the presence of thyroid cancer.

Of those involved in the study, over half of the individuals whose cancer was discovered incidentally were men (54.8 percent), but only 13.5 percent of those screened specifically for the disease were men, reported researchers. The average age at the time of receiving a thyroid cancer diagnosis was around 42 for patients who underwent specific testing for the disease and 56 for patients whose cancer was discovered incidentally. The cancers discovered incidentally were often more advanced, but no difference was found between the two groups when comparing the amount of cancer located in the thyroid, the size of the tumor, or how far the cancer had spread.

Unlike other increases in rates of certain types of cancer, such as the noted increase in oral cancer rates that was successfully attributed to better testing and improved dental examination techniques by dental professionals like your periodontist in West Linn, researchers do not have an explanation for what’s behind the rise of thyroid cancer cases in the U.S. While researchers have begun to examine what if any role environmental factors such as an increased exposure to radon and radiation may play, preliminary studies have found no association.

Further study has begun to examine whether lifestyle factors or diet may play a role in this growing epidemic, but, so far, researchers are left wondering where to look for answers to what has started to become a very pressing question.